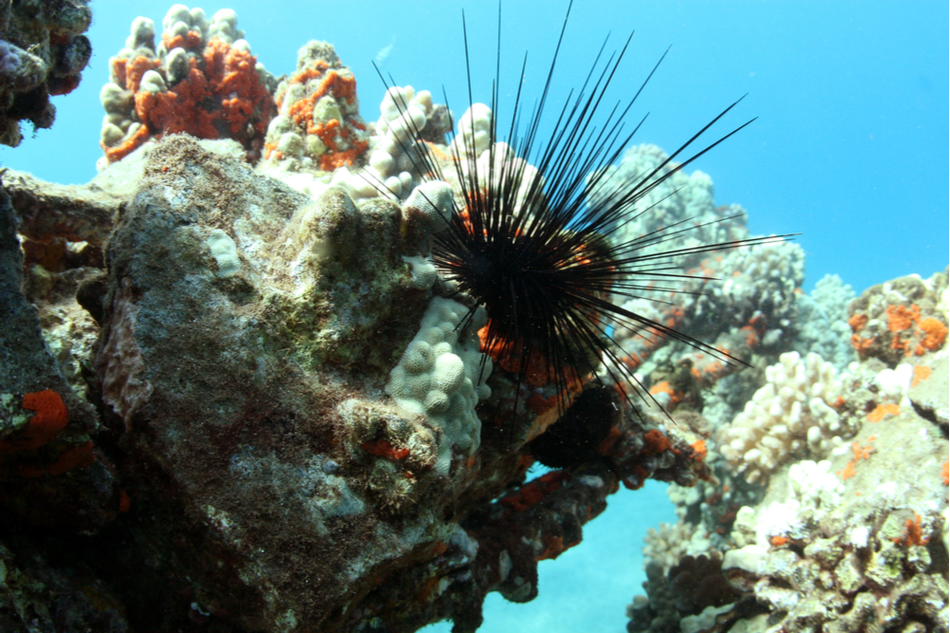 For tourists, sea urchins may be an unwanted addition to a Hawaiian vacation, but these spiky little creatures are a welcomed habitat dweller for the islands’ coral reefs. The sea urchins, which are native to Hawaii’s waters, eat invasive smothering algae which threaten the health of the reef systems by preventing sunlight from reaching the coral.

In a coordinated effort between the National Oceanic and Atmospheric Administration (NOAA) and the University of Hawaii, 500,000 hatchery-raised sea urchins were introduced into the waters off Oahu and invasive algae presence has decreased 85%.

Not only was this experiment highly successful, but it used organisms already native to the habitat to resolve a climate change-induced problem, rather than turning to invasive methods, such as bleach or water warming, sometimes used in other areas. Employing nature’s own tools in conjunction with scientific innovation is critical for sustainably addressing environmental crises.