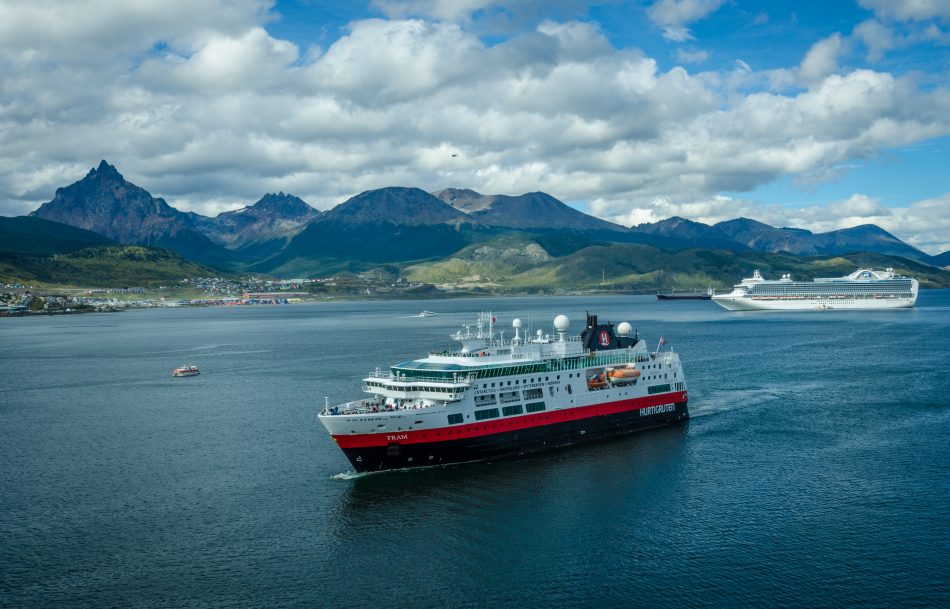 Cruiseships (sigh). The invention of these massive entertainment ships might have seemed like a nice idea, but they are a disaster of marine ecosystems. Considering, however, that they’ll be in use for a long time to go, it’s time to start finding ways to electrify them.

One company that is ahead of the pack in this regard is Hurtigruten, which will soon introduce the world’s first hybrid electric-powered expedition ship. Spurred by the effects of climate change they have seen before their very eyes on excursions in the Arctic, the Norwegian company will use battery-powered technology to reduce carbon emissions by 20%.

The company hopes to be completely carbon neutral in the next 20 years and has launched a variety of projects to reduce their carbon footprint. The cruises are single-use plastic-free, use water from cooling the engines to heat the pools and hot tubs, and run on bio-gas.