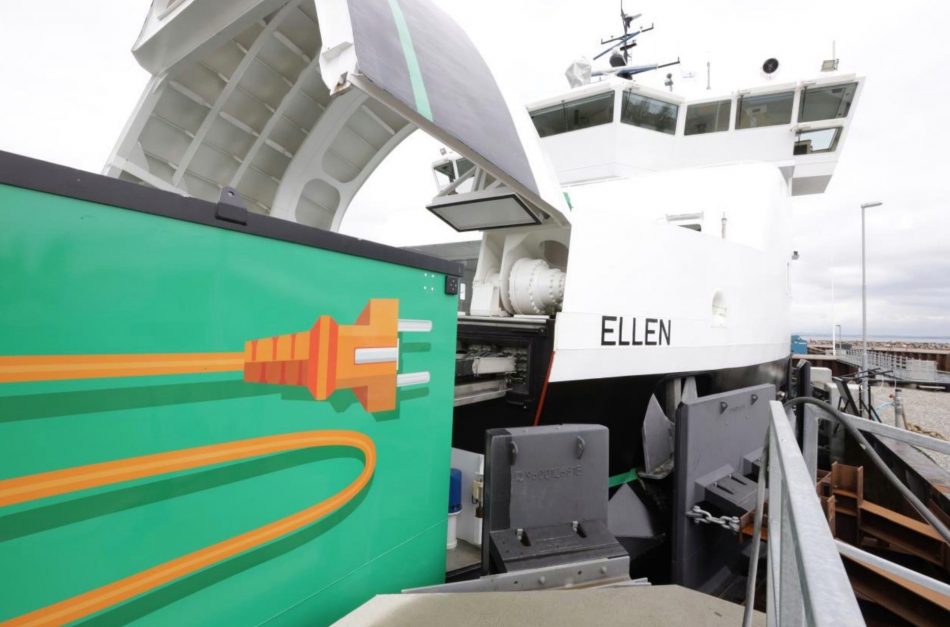 Although electric ferries have been running in Norway since 2015, none have been as large as the one that just made its maiden voyage between the Danish islands of Aero and Als. The 195-foot long ferry, named Ellen, can carry up to 30 cars and 300 passengers and is powered by a 4.3 megawatt-hour lithium-ion battery pack made by conversion company Leclanche.

The CEO of Leclanche claims the new ferry will displace emissions of 2,000 tons of carbon dioxide a year, plus 42 tons of nitrogen oxides, 2.5 tons of particulates, and 1.4 tons of sulfur dioxide. While electric technology is still a challenge for long-haul shipping, it’s promising to see more traditional ferries being replaced by electric ones.