📚
Get the book for free

For Warp News, journalist Ulrika Gerth has studied old and new pessimists and the result is both funny and tragic. We promise a book with a lot of laughter, which sometimes leaves a little bit of a bitter taste. Because these pessimists with their bizarre claims slow down human progress.

That is why we in collaboration with Heja Framtiden publish this book.
To show how naive pessimists are and that we should listen more to the fact-based optimists, if we want a positive future to come sooner.

If you become a Premium Supporter, you get the ebook for free. Right now we have an offer with a full-year membership for only $25 (regular price $100/year). Valid until April 21.

👉 Here you can read more about Premium Supporter and get the book directly in your inbox.

Chapter 1: It has always been downhill from here

Do you sometimes fall prey to end-of-the-world thinking? You’re in excellent company. Pessimism has ensnared even the brightest minds over the years. Now, their legacy lives on in headlines, spreads in viral messages, and blankets our daily lives with rock-bottom takes. Let’s get to know a few of the influencers that cried “The Sky is Falling” long before Chicken Little, as well as some contemporary defeatists who deserve a special mention.

Evolution has taught us to expect the worst — and Hegesias certainly did. The ancient Cyrenaic philosopher paved the way for millennia of pessimists with his argument that lasting happiness is impossible and life is a constant struggle to avoid pain. Hegesias delivered lines like, “for the foolish person it is expedient to live, but to the wise person it is a matter of indifference,” and wrote “Death by Starvation,” presumably the most depressing book in existence. Ptolemy the Great would have none of the negativity and expelled him from teaching in Alexandria.

The Malthusian Theory is kindling for modern catastrophizing. Thomas Malthus, an English economist and demographer, viewed population growth and food production as incompatible with human progress. Whenever things started looking up, he concluded the growing number of people would promptly set humanity back as demand for food would always outstrip supply, forever relegating us to disease, war, and famine.

The way out, according to Malthus? Abstinence before marriage, forced sterilization, and criminal punishment for parents who had more children than they could support. When Malthus made his prediction in 1798, the world population numbered 800 million. To Malthus’ defense, history largely vindicated his observations.  It was the unprecedented human progress during the next 200 years that would prove him wrong. Still, as we now count 7.8 billion people, the Malthusian school of doom keeps recruiting new followers.

To hell with technology

Roughly two centuries before the Luddites of today ganged up on Elon Musk, the SpaceX CEO, Tesla founder, and all-around phenom, the originals were smashing textile machines in the English countryside. The first machine went down in 1811. Then, the battle was on. The band of protestors called themselves “Luddites” after Neil Ludd, an apprentice who reportedly wrecked a machine years before the practice took off. (Ludd likely never existed but he still became the movement’s mythical leader.)

Fearing mechanized looms and knitting frames would steal their livelihood, the Luddites sprung into action. Factories went up in flames, machines were destroyed, gunfire smattered. The British government responded by making machine-breaking punishable by death. In retrospect, the Luddites’ greatest achievement was becoming a go-to synonym for “technophobe.”

The king of pessimism

Among all the glass-half-empty takes, few can measure up to Arthur Schopenhauer. The German philosopher is considered one the most prominent pessimists of all times and reportedly hated people, crowds, and life in general.

In his claim to fame, “The World As Will and Representation,” published in 1818, he coined the phrase “A Will to Live.” But don’t be fooled — there’s nothing upbeat about it. In fact, Schopenhauer argued, that will to exist is making us all miserable: “Every breath we draw wards off the death that is constantly intruding upon us.” If fun was in the cards, Schopenhauer was out.

What kind of person thinks a high death rate is ultimately a good thing? The founder of apocalyptic environmentalism, of course. In 1948, William Vogt, an ecologist and ornithologist, penned the wildly successful “Road to Survival” in which he spelled out the intellectual framework for Ecologism, an ideology that would inspire generations to journey down the doomsday rabbit hole.

Vogt believed each piece of land, each ecosystem, could only feed so many animals (yes, primarily human animals). If that number ballooned beyond the “carrying capacity” of the land, humanity was toast.

At the time the book was released, Vogt thought Earth had hit its limit.  Any attempts — medical progress, inventions — to help people live longer, or make more out of the land, would only condemn even greater numbers to succumb down the road.

It was in that context he applauded the high death rate in Chile as one of its “greatest national assets.” And, in another chapter titled, “The Menace of Medicine,” Vogt wrote: “Well-meaning public health authorities, completely ignoring the problem of how millions of Latin Americans are to be fed, have helped reduce the death rate.”

Vogt died by suicide in 1968, convinced his ideas were doomed to anonymity. Little did he know that his motto — “Cut back” — would become a pillar of the modern environmental movement. Give him credit if you think going dark for Earth Hour is preferable to exploring better ways to light up the world.

Call him a champion of all the upper-middle-class women who pledge not to have children to “save the planet.” David Benatar is a modern-day Schopenhauer, so pessimistic about the human condition that he believes we’d be better off if procreation stopped altogether. The New Yorker has dubbed the 55-year-old South African the “world’s most pessimistic philosopher” for his uncanny ability to sniff out the negatives in everyday life. If we’re not hot, we’re cold, we suffer diseases, cramps, allergies, itches, frustrations, irritations, sleeplessness, exhaustion, boredom, unfulfillment (He can go on!).

And Benatar has a message for all those people who insist on telling the World Happiness Report that life is good: “The quality of human life is, contrary to what many people think, actually quite appalling,” he writes, in The Human Predicament.

The ‘60s and ‘70s were banner decades for environmental pessimism and no one carried the torch higher than Stanford biologist Paul Ehrlich. As the prophet of doom — or “ecology’s angry lobbyist” as Life magazine called him — Ehrlich became a media darling. Whether he was raging about the “population bomb” or mass starvation, gloomy headlines followed.

In a 1967 Salt Lake Tribune article titled “Already Too Late,” Ehrlich said the U.S. population of 198 million was too big and drastic measures were needed to save the world from going belly up. Channeling Malthus and Vogt, he predicted the worldwide lack of food would trigger the “Great Die-Off,” sending hundreds of millions of people, including 65 million Americans, to the grave between 1980 and 1989.

But the solution to Ehrlich wasn’t to increase food supply (“totally impossible in practice”). Although crop yields in countries such as India and Pakistan nearly doubled during the late ‘60s, Ehrlich and other doomsters gave the good news two thumbs down: “The Green Revolution...is going to turn brown.” Instead, he advocated for putting sterilizing agents in food staples and making birth control “involuntary.”

His doom-laden message took hold. In the ‘70s alone, Johnny Carson invited Ehrlich to “The Tonight Show” some 25 times.

"I went on and did basically a monologue," Ehrlich recalled in a Times magazine interview. "I'd talk until the commercial and during the break I'd feed Johnny (Carson) a question and then I'd answer it until the next commercial."

By then, Ehrlich had written his manifesto and claim to fame, “The Population Bomb,” which includes passages like this:

“A cancer is an uncontrolled multiplication of cells; the population explosion is an uncontrolled multiplication of people. . . . We must shift our efforts from treatment of the symptoms to the cutting out of the cancer. The operation will demand many apparently brutal and heartless decisions. The pain may be intense. But the disease is so far advanced that only with radical surgery does the patient have a chance of survival.”

At 88, Ehrlich is still going strong at Stanford. And so does — you may argue — his brand of alarmist takes that feeds the headlines of today. Just the other month, he was, in fact, once again ringing the population-bomb alarm in Nature, complaining the UN summit on food systems had overlooked his favorite topic. And, once again, reality proves him wrong. Data shows more people are enjoying more calories from a greater variety of food than any other time in history.

In 1980, Ehrlich accepted a $1,000 bet from his intellectual nemesis — economist Julian L. Simon of the University of Maryland. Steeped in the futurist Cornucopian school, which maintains  humanity will find solutions through technological advancements, Simon challenged Ehrlich to pick any natural resource and any future date.

If resources really were getting scarcer as the population grew, the price should rise. Simon, of course, bet the opposite would happen. The parties signed a futures contract. Then, as agreed, they waited 10 years. During that decade, the population grew by 800 million people, the greatest increase in history. The New York Times framed the battle as “The Doomster and the Boomster.”

The stakes were high as the two intellectuals traded insults. Ehrlich, speaking at an Earth Day symposium, dismissed, with a laugh,  Simon’s book on human ingenuity, ”The Ultimate Resource”: “The one thing we'll never run out of is imbeciles.”

Simon, not to be outdone, delivered a speech a few blocks away at a free-market meeting in which he characterized the population increase as “victory over death” and mocked Ehrlich for “lamenting that there are so many people alive.”

So, who won the bet? The five metals that Ehrlich and his group had chosen declined in price when adjusted for inflation. Ehrlich quietly mailed Simon a check for $576. Simon then proceeded to raise the wager to $20,000, an offer that Ehrlich declined. Asked in an interview whether any lessons had been learned, he replied, according to Times magazine: “Absolutely not.”

📚
Get the book for free

For Warp News, journalist Ulrika Gerth has studied old and new pessimists and the result is both funny and tragic.

If you become a Premium Supporter, you get the ebook for free. Right now we have an offer with a full-year membership for only $25 (regular price $100/year). Valid until April 21.

👉 Here you can read more about Premium Supporter and get the book directly in your inbox.
E-book 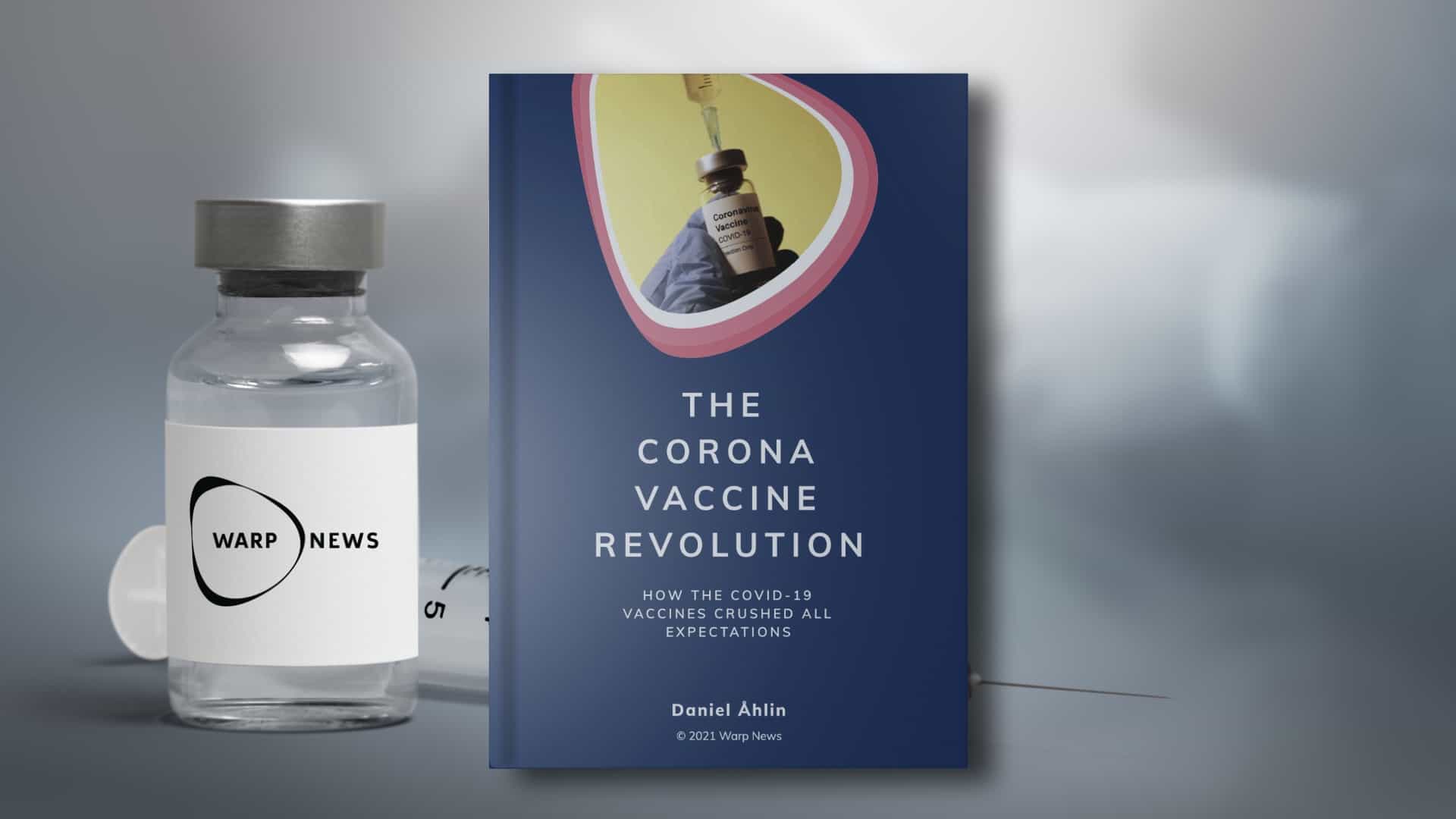 All experts were wrong. No one thought it was possible to get corona vaccines this fast. How was this possible? Daniel Åhlin writes about one of humanity's greatest achievements in this E-book. 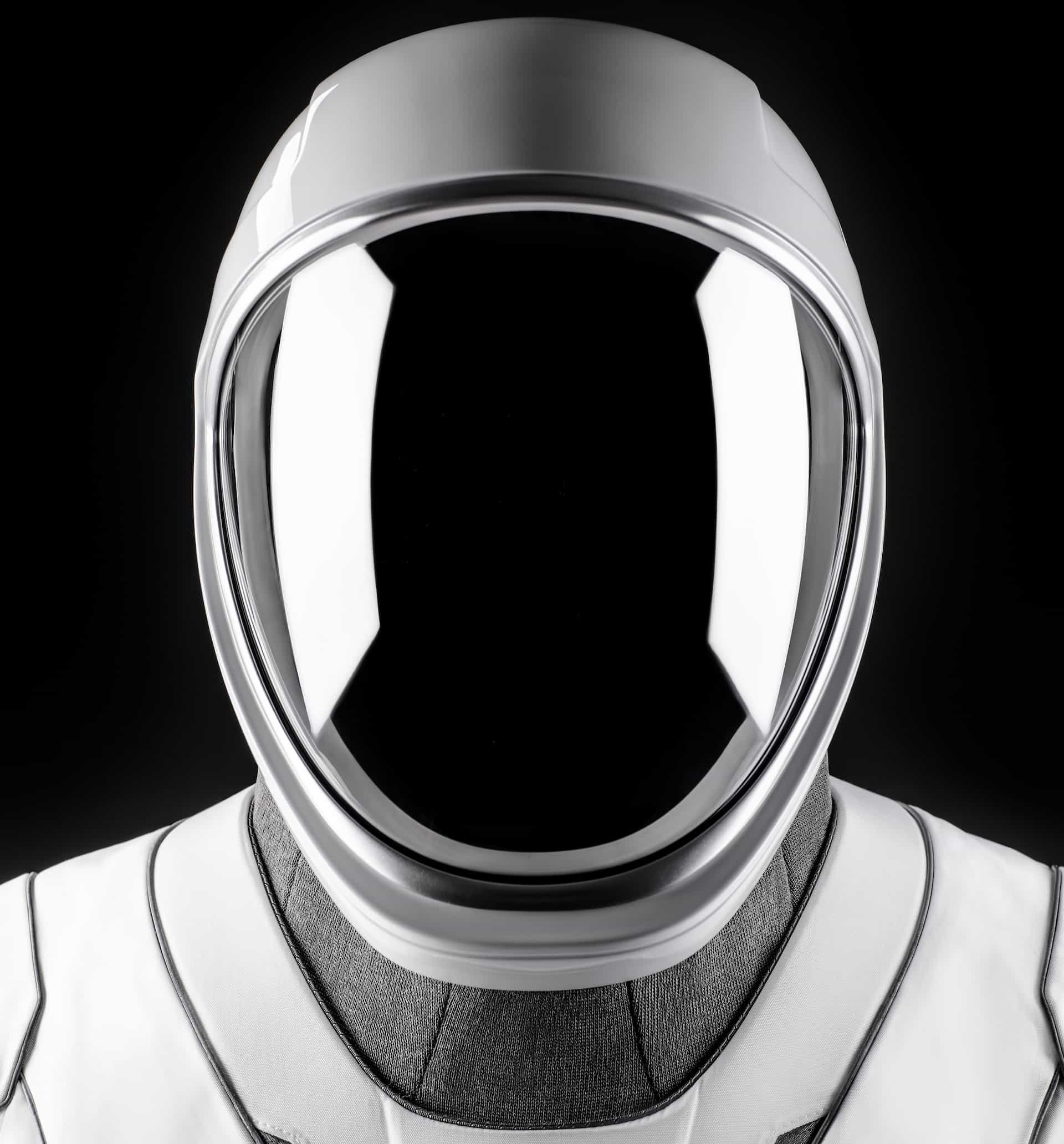 2020 has been a very special year in space and in space-related activities. It has seen a long series of breakthroughs that have changed the way we think about space – here are the top 20. 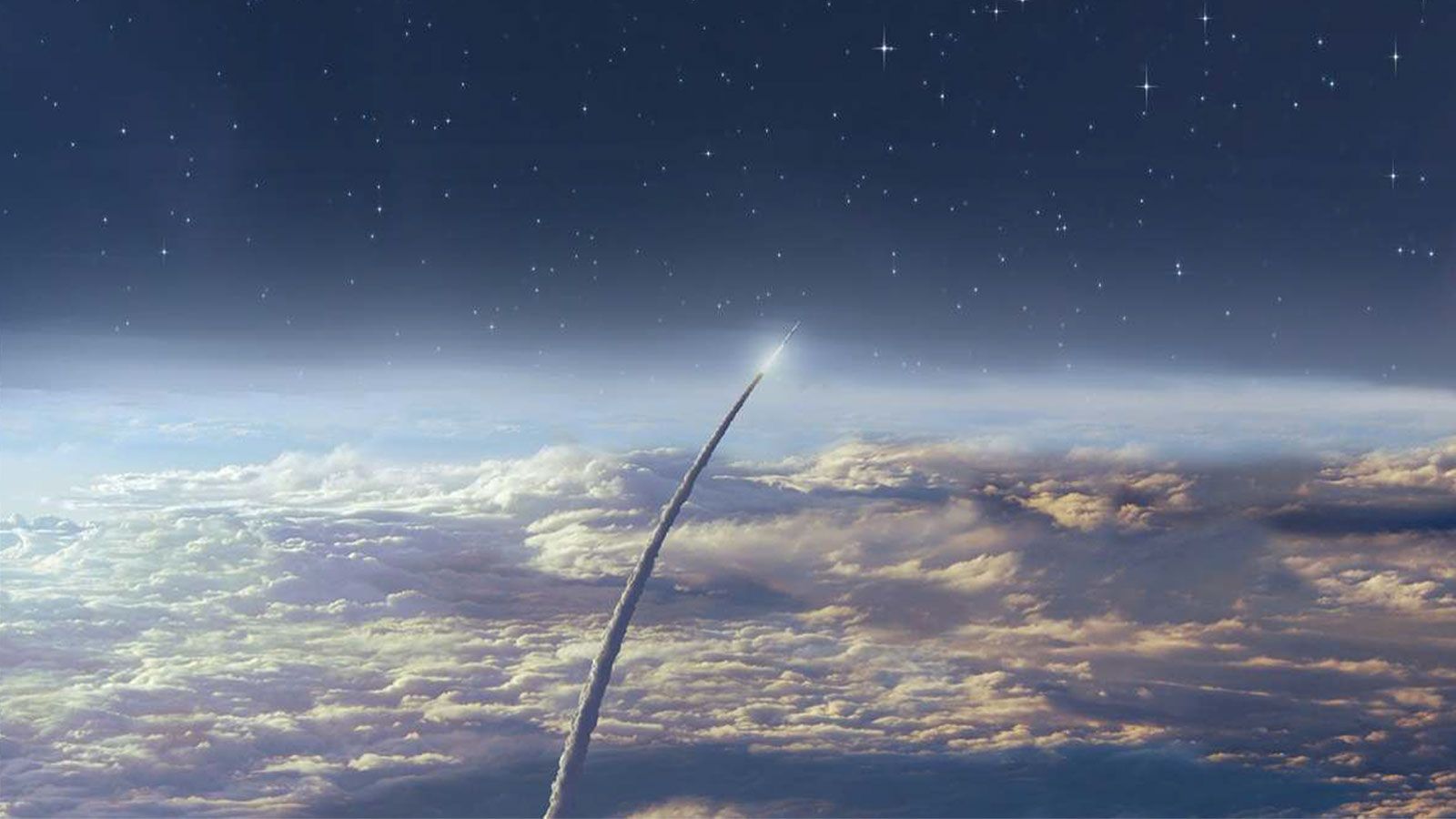 In the 1960’s the US and Soviet Union went head to head in the race to space. Today, sixty years later, the new space race has set its eyes not just on going to orbit around Earth, researching asteroids for minerals and going back to the Moon.