My experience with lupin is from my childhood, a beautiful but slightly invasive flower in our garden. I remember the furry and silk smooth beanstalk, and how they popped in the autumn. Little did I know then that you can eat the beans.

When I mention this to Eslam Salah, founder of Lupinta, he laughs. Turns out that is not the lupin they use for their lupin burgers.

"It’s like the difference between a chihuahua and a bulldog. Both are dogs, but different.”

Yes, you can eat lupin and it is good for you

The lupin they use is grown in fields, just like peas. Lupinta is a food-tech startup in Malmo, Sweden, that Eslam founded a few years ago when he discovered that the lupin he made Egyptian snacks from could replace soybeans.

Lupin has lots of vitamins, fiber, iron and folate, which help your body produce red blood cells. The lupin bean also has calcium, phosphor and magnesium that is good for your skeleton.

One important argument for lupin instead of soy is that we can grow it in Europe. Soybean production causes deforestation in many of the tropic countries it is growing. Eslam also stresses food security, to have close access to at least some of the food we are eating.

Eslam Salah has worked with food since he was eight years old, helping his dad in his small family business.

"I used to buy the grains, the beans that we sold like groceries goods. We had a store were we sold grains, eggs that we had bought from farmers. At the age of eleven I was standing on my own, where I could make a quality assessment of food that I was going to buy or sell, and give a price based on the quality.”

From Egypt to Sweden

Eslam didn't go straight from that to food tech in Sweden. He took a detour via several different jobs, like insurance agent and selling medical equipment. His ending up in Malmo, Sweden wasn't planned. He was visiting one summer, found a job and decided to stay. While working he also decided to study and became a student at the Swedish University of Agricultural Sciences.

It was there he for the first time started thinking about sustainability.

“I didn’t understand the word sustainability. I took it as a joke, I didn’t take it seriously. The question about the environment was not something I was familiar with. It was a game-changer for me to learn about sustainability.”

Sustainability shouldn't be about sacrifice

But he also discovered a problem with the sustainability message.

He thinks the example of electric vehicles is a good one.  EVs used to be crappy, ugly and expensive.

“They tried to find all the bad characteristics you can have in car, and they put it all together and sold it to you at an expensive price and told you that you can save the environment. Few people were willing to buy into that.”

Tesla instead created some of the world's best cars, which also happen to be electric.

"I’m providing you with something cheaper, faster and more efficient, but also more sustainable. That is what people want.”

The understanding of the importance of sustainability and the need to change the sacrifice message lead to Lupinta.

“It was like a question I wanted to solve, if I solve this, this is the million-dollar question. I thought about it for a couple of years, and didn’t figure it out. I wanted to find something that was in food, but not so expensive. When you go and buy the organic, it could be crazy expensive. I want to buy food that fits my budget.”

While he was thinking about that, he started a regular food import company, but soon closed it down. It was not inspiring.

“I’m a entrepreneur working for profit, but profit is not inspiring if you feel like you are not doing something good for the world.”

That's when the lupin snacks he used to make for his friends, changed his life. His first idea was to make organic lupin snacks and sell them. While he was researching lupin he discovered that it can be grown in Sweden.

“That was a game-changer for me. If we can farm lupine here, why do we import soybeans?”

Today his creation Lupinta has three lupin products: A filet, bites and a burger. If you want to try them you can find them at ICA in Sweden. If your local ICA store doesn't have them, you can ask them to include them in their offer.

If you want to help Lupinta succeed there are several ways you can help. Of course, buy and test the product, but they also need to get the word out so share this article and other content on social media.

Lupinta is also looking to raise a seed round to be able to expand their business. Are you an investor or have a useful investor contact for Eslam, please reach out to him.

They are also looking for more coworkers, especially with experience from the food industry.

Other opportunities in the food-tech sector

I also asked Eslam about other opportunities in the food-tech sector he thinks someone should go for.

“We need infrastructure to make local food succeed. Such as co-production factories. As for cleaning and dehulling the beans. We have beans in Sweden, but we don’t have facilities that can process the beans. It’s boring, but it is needed.”

Cleaning beans might not be the sexiest thing you can think of, but it could be an important part of the new system we need to create to solve climate change. So, if anyone who reads this starts a bean processing factory, I promise I'll write a profile article about you – and make you look sexy as hell!

Pst! Don't miss our other articles about startups and people making a positive impact. 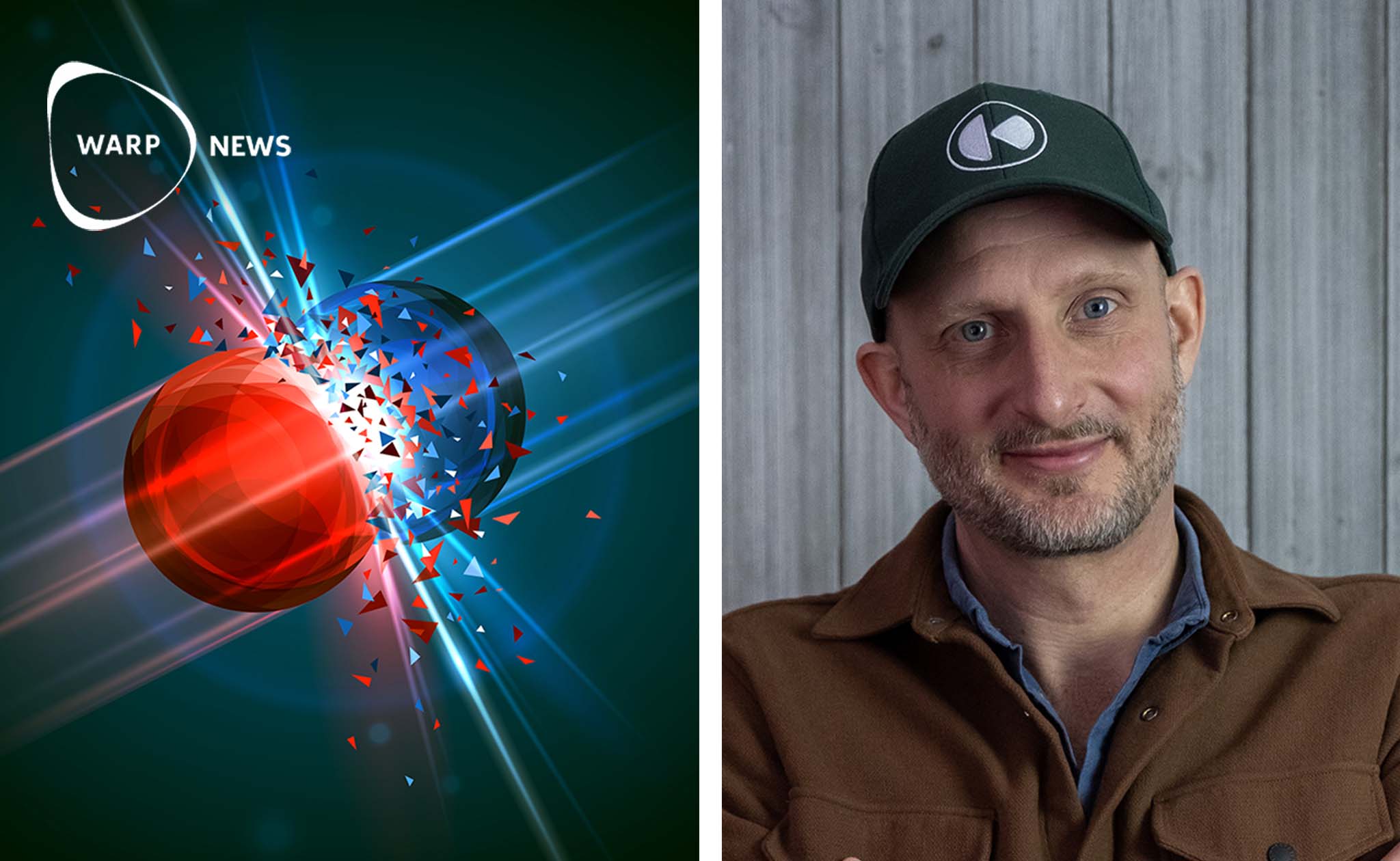 👊 The Renaissance man of nuclear power

John Ahlberg, a father of three from Gothenburg, wants to make fossil-free energy in the form of small modular reactors a reality in Sweden. And things are moving forward quickly. The first reactor could be in place by 2030. 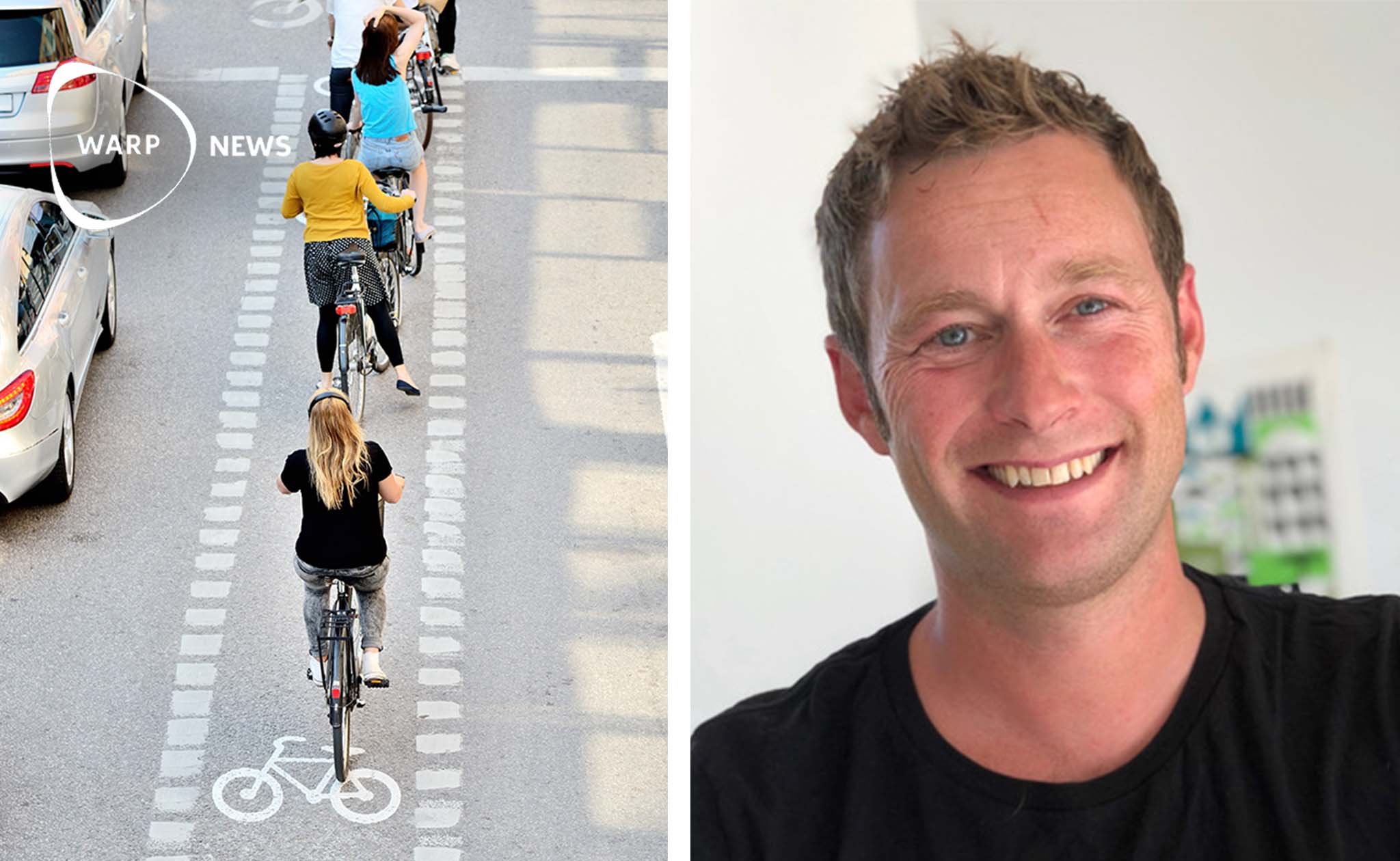