"I think humanity will die out out in 50 years", says Ellen to the newspaper Mitt i Vasastan, which interviews students.

"I think about the climate crisis sometimes", says Stina, "should you start saving for your retirement when the world is about to end?"

44 percent of American youth feel permanently sad and hopeless. An increase from 26 percent 15 years ago. In Sweden, the proportion of young people who consider themselves to have great opportunities to influence the future is declining. Almost half, 47 percent, believe that society is heading in the wrong direction.

We asked Glenn Mattsson, teacher and innovation manager at Thoren Innovation School, why he thinks that's the case?

"I think a large part of young people's pessimism is based on a skewed image the media builds up through its headlines", he says.

Unfortunately, there are plenty of studies that show that many young people have a pessimistic and sometimes pitch black view of the future. Being critical is part of being young, but the problem is that the proportion who are negative is increasing.

The good news is that something can be done about it.

What can we do to make them more optimistic?

"I think a lot is based on building young people's awareness and desire to seek information and dare to be curious", says Glenn Mattsson.

We started the Warp Institute with the mission to make everyone more optimistic about the future, but we put a particular focus on young people. We want a positive future to come faster, and no group has a greater influence over that than young people. They have their whole lives ahead of them. If they enter adulthood believing that the world will get worse, that they can not influence it, that humanity will soon face doom, then the positive future will end up further and further away.

Not all stats are negative for young people either, according to the Youth Barometer. The proportion who think they can influence the future has decreased in a few years' time but increased if you compare it to 20 years ago when very few thought so. Young people also drink and smoke less.

Warp News, with fact-based optimistic news, is part of the work to make both the young and the old more optimistic, but we also believe that targeted efforts are needed toward young people. Therefore, it is great to be working on a pilot project together with Thorén Innovation School.

Per Söderström is a volunteer for the Warp Institute and project manager for the youth project.

Why are you committed to making young people more optimistic?

"My driving force in educating young people is to open up their driving force. With fact-based optimistic news, it becomes more meaningful for students to be curious and creative. Maybe these students will create the next Northvolt, Klarna, or Spotify? For real!"

Recently, Per and I held a workshop for a group of teachers at Thoren. We presented Optimist's Edge to them and then they had to put together an 'edge' about solar energy.

Optimist's Edge is Warp News' unique format where we do surveys of what people think about progress and new technologies. The majority is often pessimistic. We compare that view with facts. At the intersection of opinions and facts, you will find great opportunities. If 90 percent believe something will be more expensive, when it in fact is getting much cheaper, there's a possibility. If a majority believe things will get worse when in fact it gets better, the fact-based optimist has an advantage, ‘the optimist’s edge’.

Optimist's Edge is only available to our Premium Supporters - and soon to the students at Thoren.

What conclusions did you draw from our workshop with you?

"Many thoughts on how we as teachers should work more with positive news and try to highlight a more nuanced picture of the future among all the darkness", Glenn Mattsson answers.

After the summer we will meet the first group of students. With lessons learned from teachers and students, we want to create a model that we can spread to thousands and eventually millions of young people.

Why did you start this pilot project with the Warp Institute and what do you hope will be the result?

"We want to teach our students to learn positive critical thinking when they work with knowledge acquisition and innovation projects, says Petra Järrenberg, principal and concept developer for the entire Thoren Innovation School.

"Warp has already developed methods that we can learn from and it will be exciting to see what we can achieve. I am an idealistic optimist and hope that the project, in the long run, can generate safer, happier, more optimistic innovators who can really accelerate the progress of society for the better and at the same time reduce mental illness."

"We know that you feel good about being able to influence your own life and if we can make young people really feel that they can have an influence in the right direction, that would be fantastic in so many ways," says Petra Järrenberg.

Do you want to be involved and help and contribute to the project? Get in touch! Contact information can be found at the bottom of our About page.

Also, be sure to subscribe to our free newsletter. 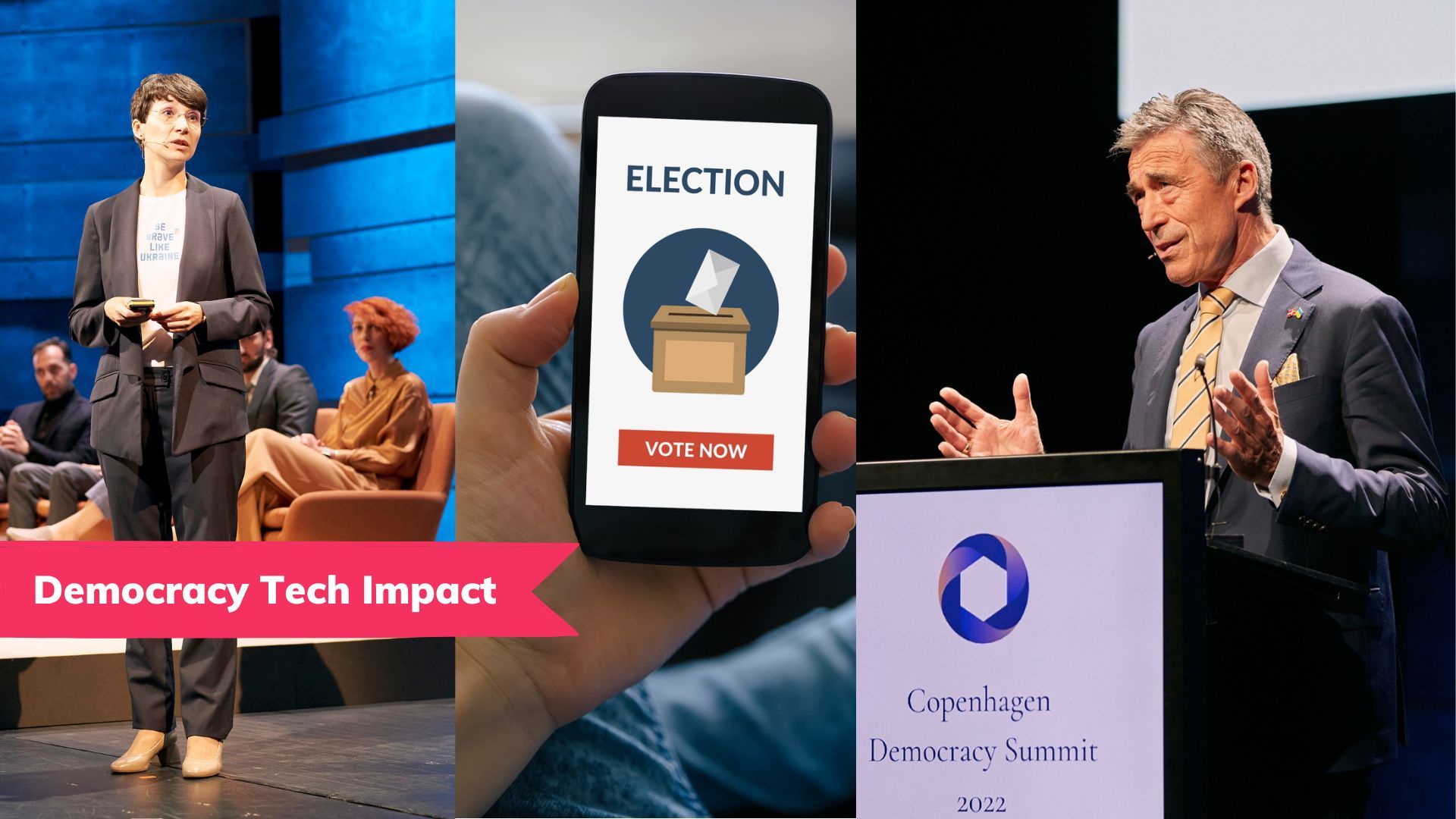 📱 These people are using technology to strengthen democracy