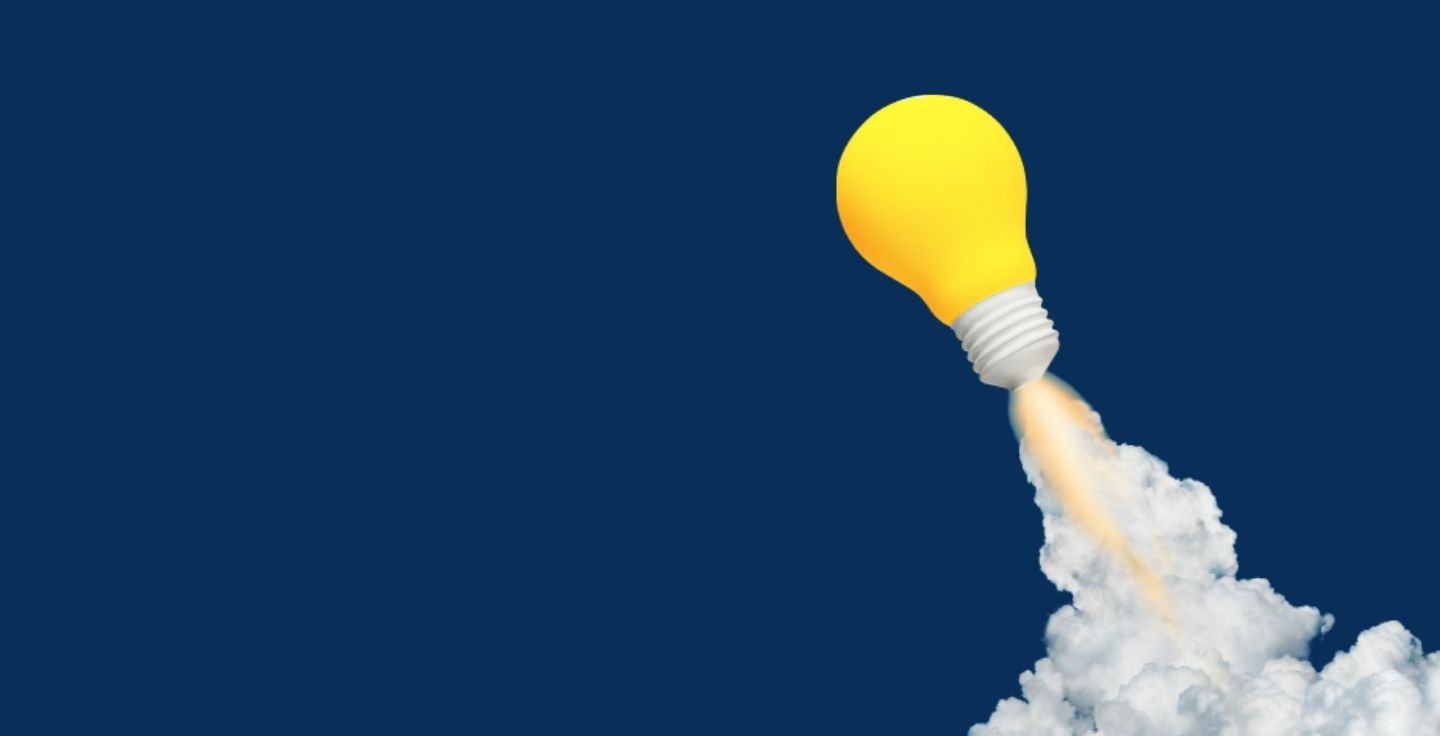 A bridge between people who want to have a positive impact on humanity’s future in space and the space companies that are driving it forward.

We want humanity to become a spacefaring civilization.

But there are many smaller projects that are contributing to the mission in a big way.

You are invited to get behind the scenes and follow them from the garage to Mars.

Help them succeed by giving your insights, sharing their news, and becoming an early adopter.

If you join Premium Supporter now you will be invited to meeting future Mars explorers and Pythom Space co-founders Tina and Tom Sjögren and Porkchop CEO and co-founder Matija Milenovic.

What is Premium Supporter?

The difference between what people believe and the facts.

Would you have liked to have understood Tesla in 2015?

Because of negative headlines and a pessimistic world-view, people miss important trends.

We do surveys of what people believe and compare that with the facts, giving you unique insights.

Every week you’ll get a new insight in a short and accessible format.

Bridge to the impact
startups

Discover the next impact unicorns before everyone else.

Meet the founders and visit the companies. Test their products and give them feedback. Support them and help them succeed.

You’ll be invited to founder meetings and company visits.

The future is created by optimists.

A global community of fact-based optimists.

Here you’ll find the people that you can create a positive future with together.

Spreading fact-based optimism to all of humanity.

One example of the Optimist's Edge

💡 Optimist’s Edge: Should we fix Earth before going to space? 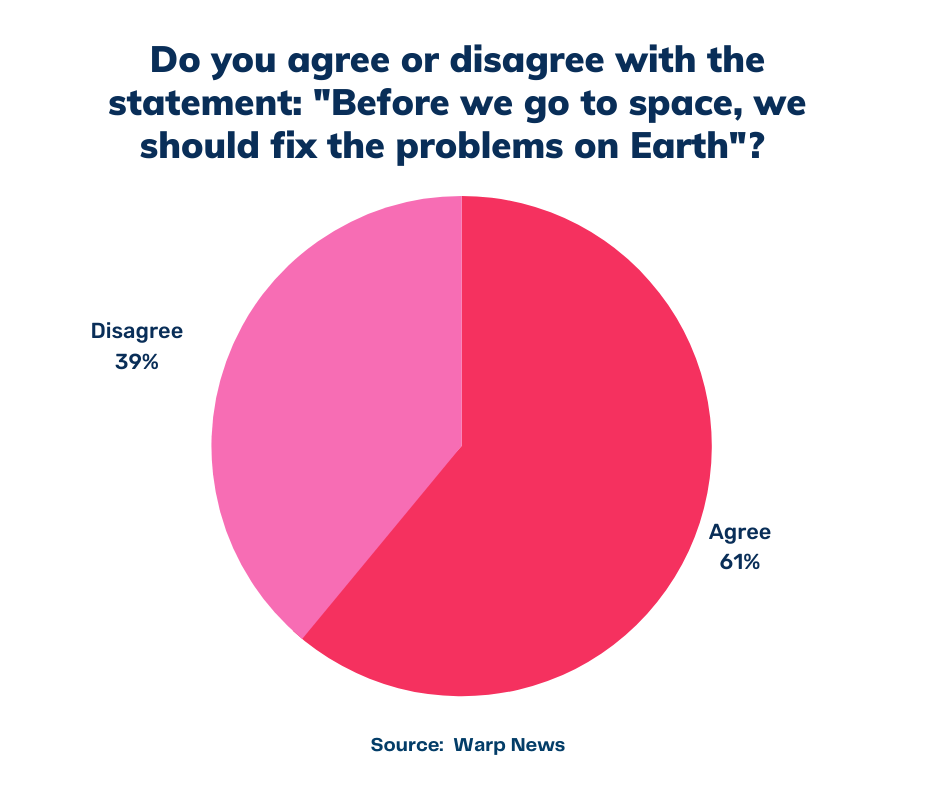 61 percent believe we should 'fix Earth' before we go to space.
That is wrong.

Without satellites it will be much harder and more expansive to fight climate change, save coral reefs and help people during natural disasters.

But our facts show that satellites can help us understand Earth better by providing vital information in many different areas, giving a global perspective with many details on problems that before only could be studied in pieces at a time.

Satellites can, for instance, photograph and monitor Earth’s surface, help with predictions by observing weather and climate, and monitor ecosystems that are otherwise hidden. 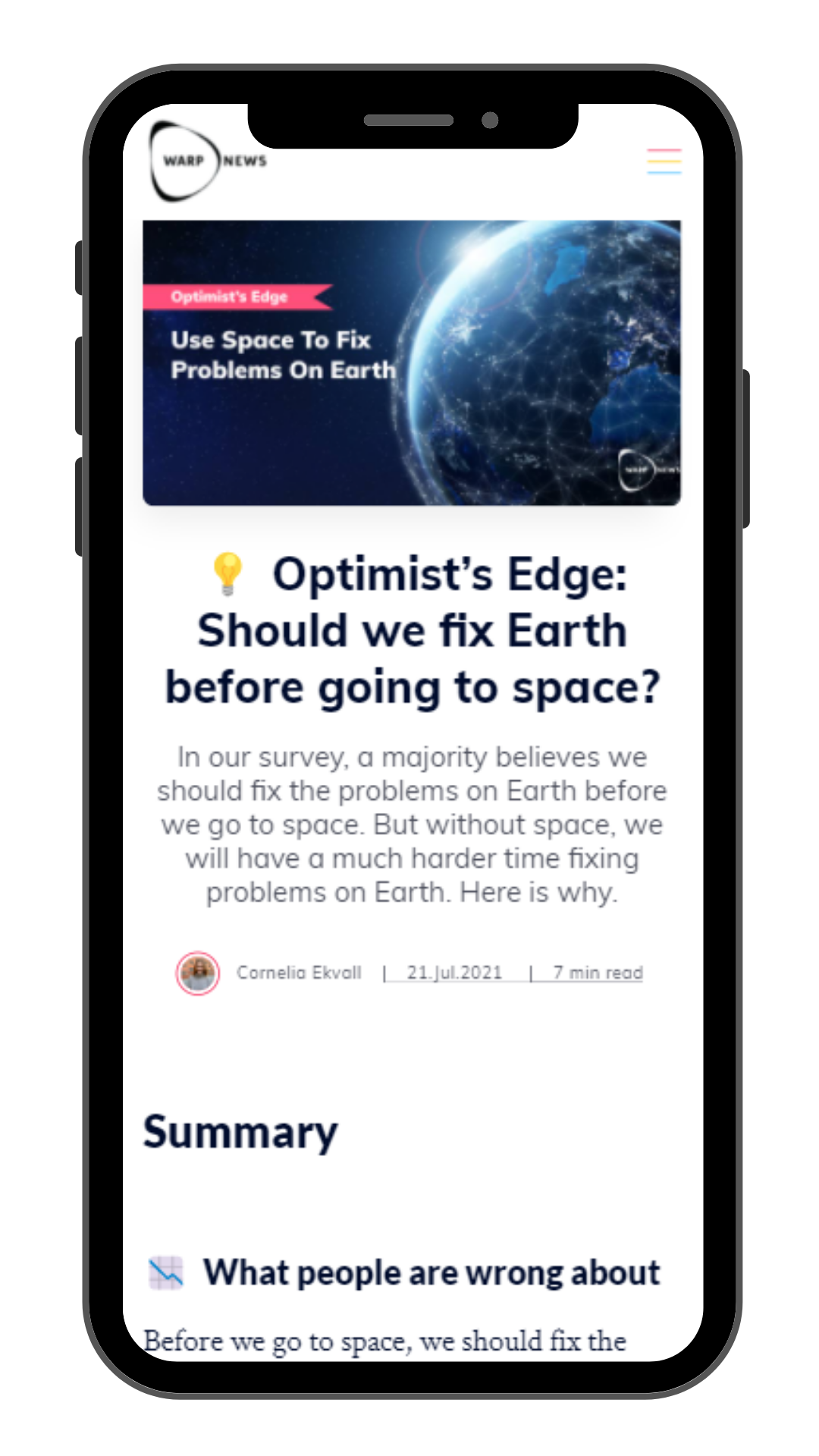 What are people saying about being a Premium Supporter? 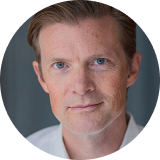 "Right now, the world needs knowledge and hope. Warp news gives us both, in a delightful way."

Author: "Progress - Ten Reasons to Look Forward to the Future" 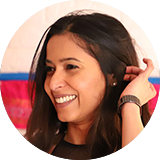 "Warp offers a platform for optimists to dream large! It is a paradise of inspiration for futurists like me. I chose to be a premium supporter because I wanted to support a group that was reporting on the progressive and innovative news I am thrilled to read about." 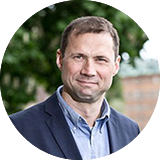 "Right now, the world needs knowledge and hope. Warp news gives us both, in a delightful way.""Being a Warp Supporter is a way for us to stay up-to-date with impactful technological changes and remain forward-looking in our thinking, which all in all makes us better advisors."

— Astronaut with two trips to the ISS,
Professor of space travel.


Two Swedish explorers building their own rocket to go to Mars Fifty organizations are teaming up to provide cost-effective and reliable renewable energy that takes up little space. Elon Musk doesn't seem to be the only one who believes in Mars being attainable this decade. 🌒 The Lunar Economy is coming

NASA isn't the only one aiming for the moon. They're not even the only Americans with that goal. 🚀 US pledges to not test anti-satellite weapons

Vice President Kamala Harris announced US commitment to not conduct tests of anti-satellite missiles, urging other nations to follow. Autophagic - or self-consuming - rockets, results in lighter rockets and almost no space debris. 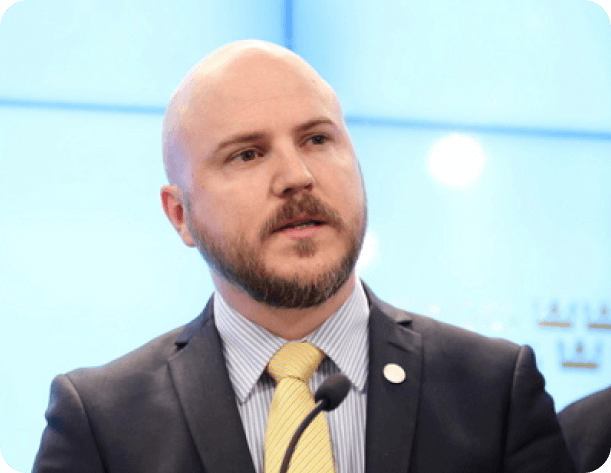 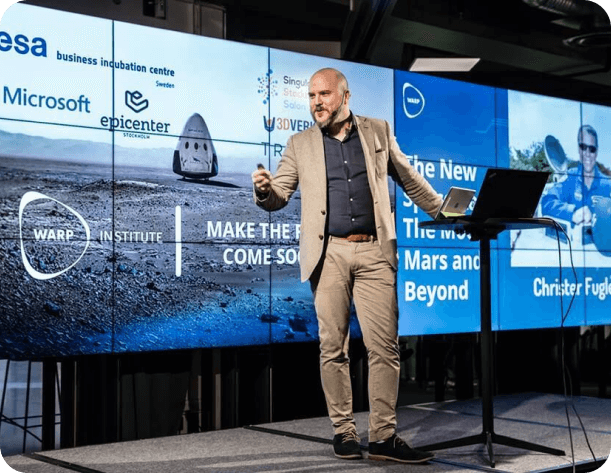 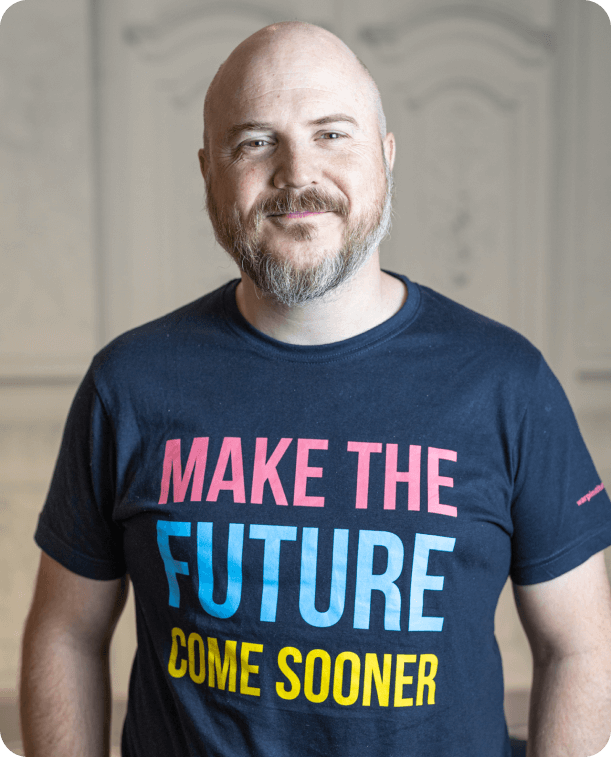